Cryptocurrency Wallets – Everything You Need To Know!! 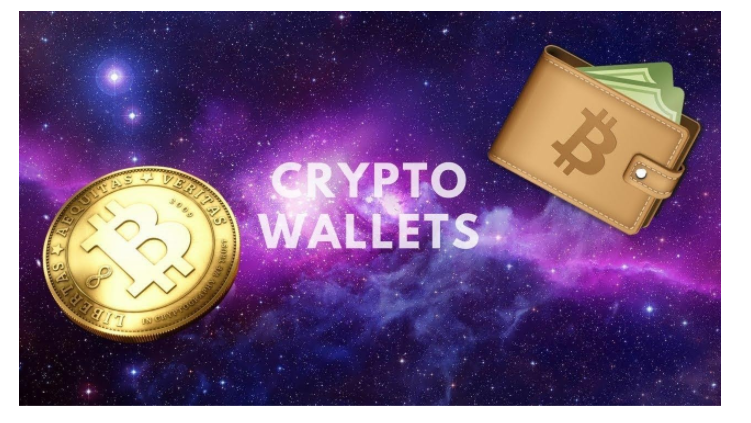 Cryptocurrency Wallets – Everything You Need To Know!!

Cryptocurrencies are simply called as the digital money which is traded on various blockchain platforms. In order to store or use the virtual currencies, the need for storing platforms i.e. crypto wallets arises. These wallets only enable the storage of digital currencies and thus should not to be confused with the exchanges which are the platforms that are used for trading purposes.

Cryptocurrency wallets are nothing but the digital notecases that are used for storing the crypto coins and token money. It is a software code that provides the user with some keys to enable the communication with the blockchain platform and execute transactions. Basically, a wallet facilitates the user to keep their coins under strict surveillance. It also enables the users to perform various functions i.e. sending or accepting the digital currency, storing it safely, exchanging the currency. For obtaining cryptocurrency having wallets is a must.

Most of the people have a misconception about the digital wallets that these wallets also store money but the reality is a bit different from conventional wallets. In such wallets, the money is not stored but only the transaction proceedings are documented. Instead, the blockchain network saves the history of transactions that have been carried out.

These wallets are basically the software applications which carry the public and private keys that further facilitate the transaction execution. When someone sends the cryptocurrency to your wallet, the ownership is transferred to the wallet. When other likes to access that money, the private key of the user is matched with the public address which further justifies that the transaction is genuine and authentic. Thus, there is no exchange of coins in an actual manner.

How can we differentiate cryptocurrency wallets?

On the basis of the platform, cryptocurrency wallets can be classified into three types i.e. Paper, Software, and Hardware.

a) Paper Wallets: Paper wallets are considered to be the safest and secured wallets. As the connotation, ‘paper’ suggests that it is a hard-copy of the keys i.e. public or private keys. It can be in the printed form also. Even a software code associated with the generation of keys can be kept in a printed format and kept in the class of paper wallet. There is a public address mentioned on the paper wallet. Whenever the user wishes to perform operations, he is required to have access to the software wallet. Further for sending the amount to someone, he will first transfer the amount from paper wallet to software wallet. Thus, the transferring of the amount from software wallet to paper wallet occurs in the opposite condition i.e. while receiving the cryptocurrency. This phenomenon is termed as ‘Sweeping’. It can be carried out in a manual way i.e. the user just need to enter the keys or do the QR code scanning. 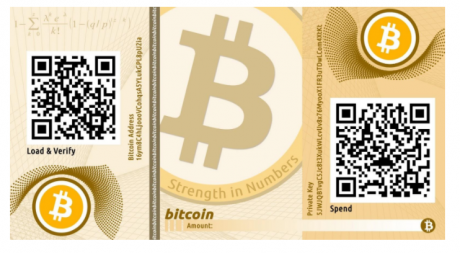 b) Software Wallets: Software wallets are generally referred as the applications that are executed on the digital devices. These are further categorized into three kinds i.e. Online, Cellular, and Windows. 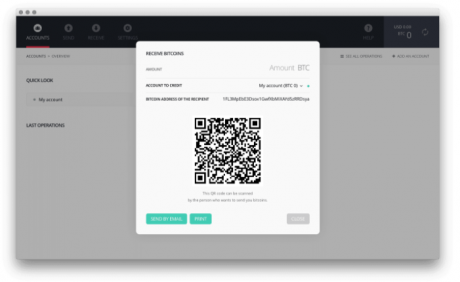 c) Hardware Wallets: In hardware wallets, the private key is stored on any hardware equipment like pen drives or USB cable. These devices store the money offline and thus are much safer from the threat of cyber-attacks. Different kinds of interfaces are integrated with the wallets which enable the user to exchange currency and transact in them. Hardware devices are connected to the device which then confirms the pin and executes the transactions. 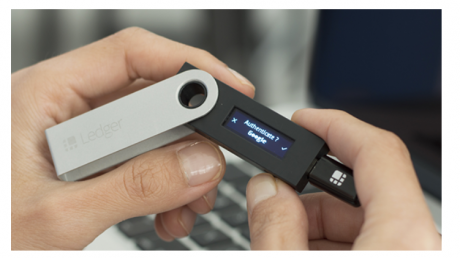 On the basis of their internet connectivity, wallets are considered to be of two types-

a) Hot Wallets: The cryptocurrency wallets which use the internet connection are kept in the category of hot wallets. Hot wallets are considered to be more prone to cyber-attacks. 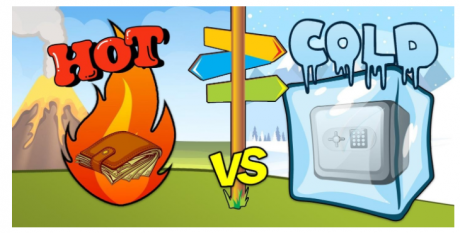 On the basis of key generation methods, cryptocurrency wallets are divided into two categories:-

a) Deterministic Wallets: In this method, the keys are manually generated and all the keys are connected to one root key. The root key is further used in the process of generating various keys. The physical addresses of every private key are different from each other but the main key is able to retrieve them in any suspicious condition. The limit for the key generation is 2512.

b) Non-Deterministic Wallets: The non-deterministic wallets are bit different from the deterministic wallets in a way that there is not a single key which carries the utmost importance. The automated key generation is an extra benefit but the wallet’s task gets significantly increased here as the storage of every key as an address is important.

The blockchain technology itself provides the transparency and integrity of the transactions. However, to intensify the safety measures, the wallets software programming must be enabled with features like- 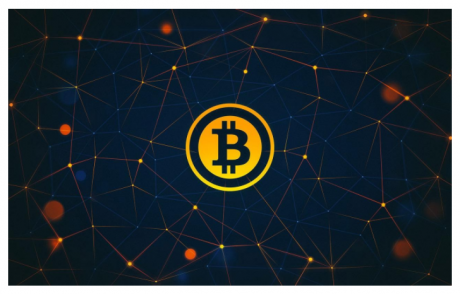 How can we justify the security of cryptocurrency wallets?

Cryptocurrency wallets are secured but there is always a threat of cyber-attacks as third-party providers are associated with its security. It is not absolutely in the hands of the owner which makes it vulnerable to theft. Thus, the traditional wallets are considered much safe. However, the cryptocurrency wallets security also depends on the kinds of the wallet which we are accessing i.e. Hardware, Paper or any Software wallet. In fact, the provider’s service also matters that further decides the level of security.

The hacking, cyber stealing, counterfeiting, and forgery are some of the major risks to the cryptocurrency wallets. Though, these risks don’t justify the inappropriateness of the wallets. There are some security measures which can be used to increase the safety of the wallet’s gateway which is as follows:-

d) As we know, precautions are always better than mishappening, so the user must keep his private key in a secret fashion. His key should not reach to anyone and always placed in an area where reach of an anonymous person is not possible.

e) The software programs or applications are timely upgraded by the service providers and new security measures are added. After that, it becomes the duty of the user to update his crypto wallet. Even, the computing devices should be updated from time-to-time. Thus, leaving no possibility of any theft.

f) It is an age-old idiom, “Don’t put all eggs in one basket”. The best way to keep the money safe is that one should not keep the whole amount in one place. Instead, keep small amounts so that if anyone tries to steal, he would not get a large amount. Thus, the amounts which one wants to transact in a day should be stored in different wallets.

g) There are some backup options like Ledger Nano which can recover the wallet even if it is stolen. One should always use these kinds of software to reacquire the ownership if something fishy takes place.

h) The two-factor authentication security always augments the security of the wallets. The multiple security layers facilitate the better security measures and enhance the safety and integrity of the cryptocurrency wallets.

Apart from some of the famous wallets that are mentioned above there are many other cryptocurrency wallets like Exodus, Bread wallet, and Copay etc though which one can safeguard their currencies. The selection of one amongst many becomes a matter of concern for users.

What are the different criteria’s for choosing the wallets?

Mostly the users like to choose those wallets which have the best security features and are inexpensive. As there are so many options available in the market, the task for choosing the best one among different wallets is never going to be easy. Here are the following traits that can help individual while selecting any particular wallet:-

Do the service providers charge any transaction fee?

The fee is charged for specific transactions not for carrying all transactions. The fee is a very negligible amount i.e. much less than the amount charged for the conventional bank transactions. Even the users have the liberty of setting the own amounts. The 226-byte sized transaction costs 0.12 dollars but the users can even set the fee lower than this amount. Though for that they will have to wait for their transaction to be confirmed. Thus, the investor paying the large fee gets the highest priority.

Are the cryptocurrency wallets undesignated?

The cryptocurrency wallets are not completely anonymous. They don’t store the user’s personal information but the transactions are recorded on the blockchain network. The user’s name or the residential address doesn’t carry much significance and are not considerable. Instead, the wallet address opens the gateway to fraudulent activities. Thus, the absolute anonymity is also a big risk to the user.

Every coin has two sides; similar is the case with cryptocurrency wallets as it has both merits and demerits. The wallets are the prerequisite for carrying out the transaction in cryptocurrency. Although there are many cyber risks like phishing, stealing, and hacking etc yet we cannot ignore the usability of wallets as every return comes with few risk factors. Thus, instead of not using the wallets, we can add the security layers to reduce the vulnerability of cyber-attacks. The multi-signature, 2-factor authentication can be some of the security enhancing ways which one should not ignore. Also, the private keys and public keys should be kept in a hidden fashion and the passwords must not be disclosed to anyone.

Today, in the digitalization era cryptocurrencies is at its height. In fact, it has been the widely used term in the market and become a hot topic for investors and economists today. Even the governments are on the path of framing it as a legitimate entity. Therefore, the increase in the number of vaults every day is not a shocking truth. Many countries have created their own cryptocurrency wallets accustomed to their needs and this requirement is on the verge of expansion with each passing day.