Logistic Regression from Scratch in Python 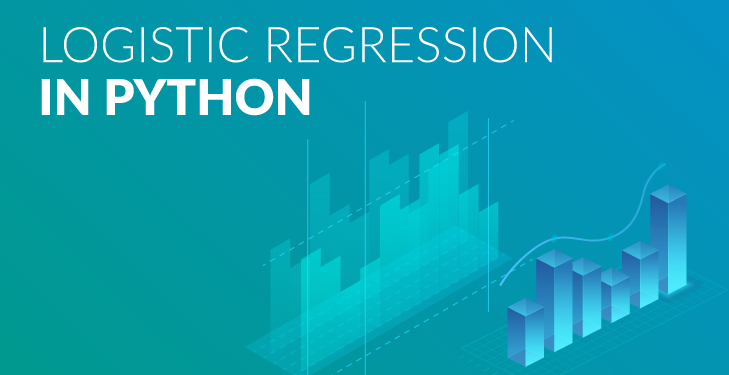 In this tutorial, we will cover one of the basic classification techniques, i.e., logistic regression. Specifically, we will cover the following topics:

Similarly, for email spam detection, positive class or 1 represents the spam email, and 0 (negative class) shows that the email is not spam.

Here are some of the requirements/assumptions of the logistic regression algorithm:

So now we know what logistic regression is, let’s go ahead and look at some math behind it.

w1, w2, …., wn are the weights, and b is the bias. Initially, the weights and bias are assigned zero values.

This equation gives us a continuous value that can be in any range, i.e., from -infinity to +infinity. We pass it through a function known as the sigmoid or the logit function. It maps the predicted value between 0 and 1 according to the following equation.

Let’s see its visualization to get a better idea.

As you can observe, it is an S-shaped function having a range of [0, 1]. A high value of x will result in a value near 1, and a low value of x will map to a value near 0. In other words, we can say that it gives us the probability of the desired class. If the output of the sigmoid function (probability) is greater than the specified threshold, then the output class is positive. Otherwise, it is negative.

The next step is to check if our predicted value is correct or not using some cost/ loss function. If we talk about linear regression, it uses the mean squared error function, i.e.,

For m training examples, the average cost function is given as, i.e.,

However, this simple loss function does not work for logistic regression as it uses a sigmoid function, unlike linear regression that only has a simple line equation. Instead, it uses the Binary-Cross Entropy Loss or the Log Loss, and it is given as follows:

Now, we need to update the weight and the bias parameters based on this loss. We use the gradient descent algorithm to update the parameters iteratively, such that the classification error decreases. For that, we take partial derivatives of the cost function with respect to weights and bias, i.e.,

α is the learning rate. The above process gets repeated for a given number of iterations.

Let’s now go ahead and implement the logistic regression algorithm from scratch in Python. For this article, we will use the Cardiovascular Disease dataset from Kaggle. You can download it from here.

Load and Explore the Dataset

Now, let’s load the dataset into a pandas DataFrame using the pd.read_csv() method. For this CSV file, the delimiter is a semicolon, so we specify that in the method. Moreover, we make the id column at position 0 as our index.

Let’s explore the features of our dataset.

The height and weight features are given in cm.

The smoke and alco(alcohol) variables are both binary and represent whether a patient smokes or drinks, respectively. The active binary feature indicates the physical activity of a person.

The cardio variable is our target binary variable that shows if a person has any cardiovascular disease or not.

As explained above, the age feature is in days. So, let’s convert it to years to make the interpretation easier.

Next, we use the pd.describe()method to gain more information about the dataset, for example, mean, max, and standard deviation of every attribute, etc.

Let’s now separate the dataset into the target and the independent variables.

The next step is to split the dataset into train and test samples. We will do that using the train_test_split()method from the sklearn.model_selection class imported above. We set aside 20% of the data for testing.

Then, we standardize the data such that each feature will have a distribution of zero mean and unit standard deviation.

Now, we write the code to implement logistic regression from scratch. The LogisticRegression class contains the following methods:

Let’s now initialize parameters to train the model. We set the learning rate (alpha) to 0.01 and the number of iterations to 1000. Then, we fit the model based on the training samples.

To get a better concept of the training loss, let’s visualize it using the matplotlib library.

Now that we have trained our model, let’s go ahead, and use the predict() method to find out the labels of our test dataset.

Let’s evaluate our model using the accuracy and the confusion matrix metrics.

The accuracy of our model is 76.5%. Moreover, as you can observe, there are 18 false positives and 29 false negatives, which means that 18 patients were incorrectly identified as heart patients, while 29 of them had some cardiovascular disease but got predicted negative.

Let’s now compare our implementation with Scikit-Learn’s implementation to check how good our model is. We will use the LogisticRegressionclass from the sklearn.linear_model. Let’s see.

As you can see, it has an accuracy of 77%, which is only 0.5% more than our model. The confusion matrix also does not have much difference.

That’s it for this tutorial. As you can see, logistic regression is quite easy to implement. However, it is not used much in practice. Instead, it is commonly used as a baseline for other binary classification algorithms. It is also a great algorithm to get started with if you are new to machine learning, and it provides basics for more intermediate to advanced topics.

Ernesto.Net is a Top corporate IT Training, and consulting company in Fort Lauderdale, Florida which works on all major Data Science and Blockchain requirements. We specialize in Data Science, Blockchain, and Big Data.

Our clientele includes Multiple Fortune 500 companies we have been featured on NASDAQ, ABC, NBC, CBS, and Fox.